Zach brought his SS with only ~1000 miles. The SS is already peppy with 415HP and 415lb-ft of Torque, but to some that may not be enough.

The SS is actually an Australian built sedan known as the Holden Commodore. This isn't the first time the Commodore has been imported to the United States. The first time they sold in the United States they were only offered with a 200HP 3.0L V6, which wasn't very desirable. It was short lived and killed in the early-2000s. A refreshed model was released shortly after known as the VX, was later brought back as the 2004-2006 Pontiac GTO which was an instant success for GM.

After 2006, Holden had rebooted its line up based on their new Zeta platform, which was now known as the VE Commodore. In 2007 rumors for the new Pontiac G8 were floating around which was supposed to replace the current Grand Prix and Bonneville. The G8 was released in 2008 and ended production with a 2009.5 model, after Pontiac was shut down by GM's financial crisis. In 2014 after a demand for a mild RWD V8 Sedan, Chevrolet brought back the updated VE known as the VF Commodore as the SS sedan. They were sold fully loaded, and offered only 2 options, a sunroof, and a spare tire kit.

Back to our build, we wanted use as many OEM Parts as possible to keep the aesthetics as original as we could, to retain the sleeper look of the car. This was going to be an "OEM+" build and the motor was to be kept factory sealed, which means stock bottom end, stock valvetrain, and cylinder heads. 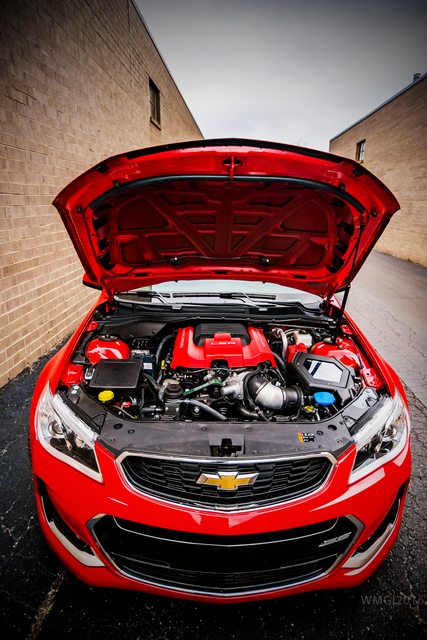 As soon as the car was dropped off, our lead technician, Dan, started to tear apart the car making sure we had everything we needed. You can find entire breakdowns and lists of what is needed to do the LSA conversion on the SS/G8 but there is always a large amount of custom work involved in these builds. 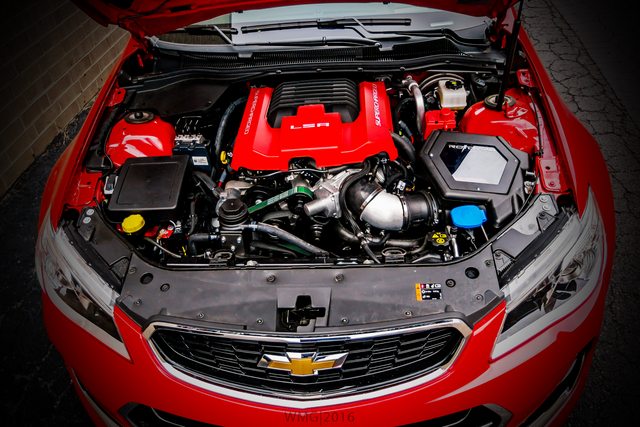 Our Supercharger came directly from GM. Many people use rebuilt cores, but for a car with this low mileage it was worth getting all new parts. The fuel rail, crank pulley, supercharger lid, cover, and supercharger belt drive system was also ordered. We decided to use a roto-fab air box which looks great under the hood and really efficient for the SS. This required us to fabricate our own 90-degree elbow from the Throttle to the MAF sensor. American Racing Headers, with cats, and X-Pipe were also installed paired with the factory NPP Mufflers for a great sound. Also, we decided to upgrade the little things that were cost effective at the time, such as the heat exchanger (ZL1 style), heat exchanger reservoir (Magnuson), and Fuel Injectors (ID850s). Originally we had installed a Metco 2.50" pulley, which would put us at 12psi, but we had swapped it for a 2.85" for less boost and more efficiency on a factory sealed motor. 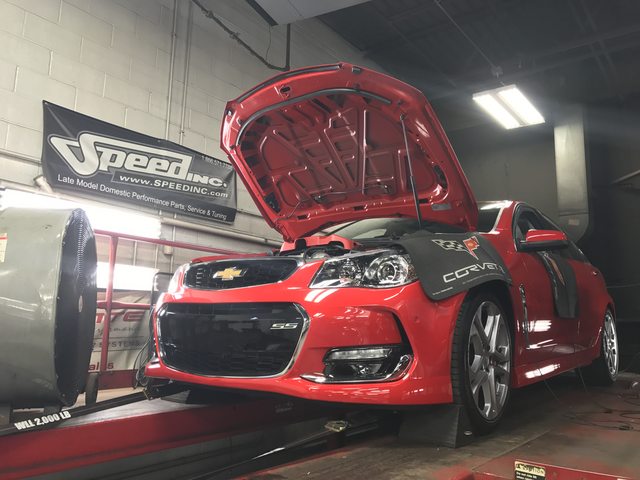 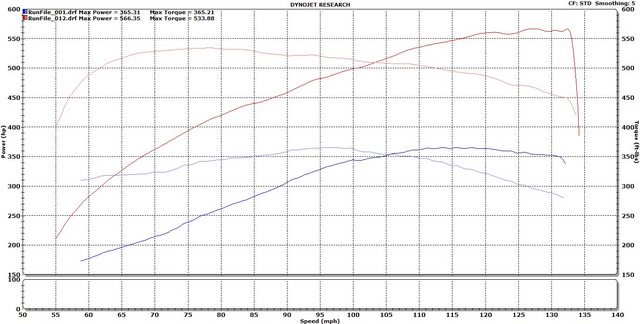 After a few ups and downs, we were proud of this build and knew Zach would be happy. The car was finished mechanically and looked great and was ready for the dyno. The car was now in the hands of our tuner Jim. A full day of dyno tuning the car made a staggering 566RWHP and 533RWTQ. This was very impressive for only 9psi of boost, and still running 93 Octane fuel. We were happy and Zach was even happier.


Thank you for reading please share if you enjoyed this build!